Do not be fooled when buying lasers with artificially increased and false output power!All our lasers are measured with a high-quality laser output power meter.“Laser Power Meter”, which we own.

Red lasers / 650nm
These lasers are among the cheaper ones, as their production is less demanding and they have come to cost
market as the first of the others.End point is clearly visible. Beam is weaker.
They are commonly used as presentation laser pointers.

Green lasers / 532nm
Green lasers are already a bit more expensive. The wavelength of this color can be visible by our eye
capture the best, so they have the brightest beam compared to other wavelenght.
They are mostly used as pointers at night or as an excellent light effect
such as discos.

Blue lasers / 445nm
We offer a lot of High powered blue lasers. They have big performance for good price.
Blue lasers are not as visible as green lasers, but still better than red lasers.
They are often used for cutting.

Purple / UV lasers / 405nm
Many times these lasers rank among the blue , but their wavelength is slightly smaller and visibility
is on the edge of our spectrum of vision. Violet lasers are actually UV lasers
We know UV radiation, for example, from banks where the authenticity of banknotes is determined.
This is because when UV rays are reflected from a white object, it starts to phosphorize /
“Shine”.

Infrared / IR lasers / 808nm – 9 80nm – 1024nm
Wavelength of IR lasers ar not visible for our eye because it is slightly larger than the highest point of the visible spectrum of our eyesight.
As it is based on the sensitivity of the human eye.
Their use is, for example, in optical fibers, which ensure us high information transfer speeds.
Their infrared radiation is also used for example
in many wireless drivers like an IR LED that is unlike redlasers are not used for pointing but for communication between the receiver. They are often used as illumination for light sensitive cameras. 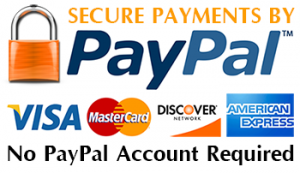 For more informations about our products or if other customisatons needed, feel free to contact us. All our lasers are tested before shipment. Dismiss